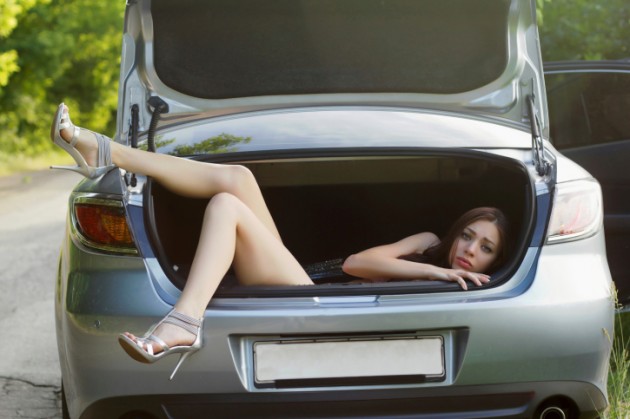 Alecia reclined gracefully on her best friend’s sofa, kicking off the black heels she had worn all day and making herself comfortable. She had taken on three clients in London in the past two days, and one of them had been an eight-hour experience that she hadn’t indulged in for quite some time. She was excited to share with her blonde friend, who sat on the floor in front of the sofa.

“How’d that kidnapping simulation go?” Laura asked as Alecia got comfortable. Gorgeous brown eyes sparkled with satisfaction as she turned her gaze towards Laura who was one of the most stunning London escorts she had ever seen, now her smile was devious.

“I haven’t had that much fun in years,” Alecia responded. “I love dominant men. He was so aggressive, I almost thought for a minute there that it wasn’t a simulation anymore.”

“It was a lot more intense than I thought,” Alecia said honestly. “He got in my car while I was at a red light. I have no idea how he found me. I wasn’t supposed to meet him for another two hours. I had to drive to an empty parking garage…” She trailed off and smirked, turning her gaze to the ceiling. “He opened the trunk and made me get in it. And he fucked me in it. He wouldn’t let me on top, but God, he was so into it. I came so hard I almost cried, and he started taunting me about being turned on by being abducted.”

“Jesus,” Laura breathed. “He fucked you in a trunk?”

“You’re fucking insane,” Laura mumbled, though she had shifted on the floor to face Alecia fully, a sign she was still interested.

“He yelled at me for about fifteen minutes about being a cum-hungry whore, then untied me and fucked me on the floor,” Alecia continued. “Kept talking about how I wasn’t leaving until I gave him what he wanted…he never did actually make it clear what that was.”

“When did he finally let you go?”

“After the full eight hours,” Alecia said. “He fucked me in the trunk again and gave me an extra eight hundred pounds. He rubbed my clit so hard I thought it was going to catch fire, but it helped…” Her eyes had glazed, still looking at the ceiling, and her hand itched to touch herself. She had done it in front of Laura before while telling these stories; it wouldn’t exactly scare the other female. But the content was a little more extreme this time.

“Come with me next time,” Alecia said, turning onto her side to finally look at Laura. “We’ll make it a double kidnapping. Or you can be the kidnapper’s accomplice. It’ll be a lot of fun…and you could make money.” The words may not have been enough to convince Laura, but the wink that followed was. There was no getting away from Alecia’s wild side.